A new way forward for the rail industry 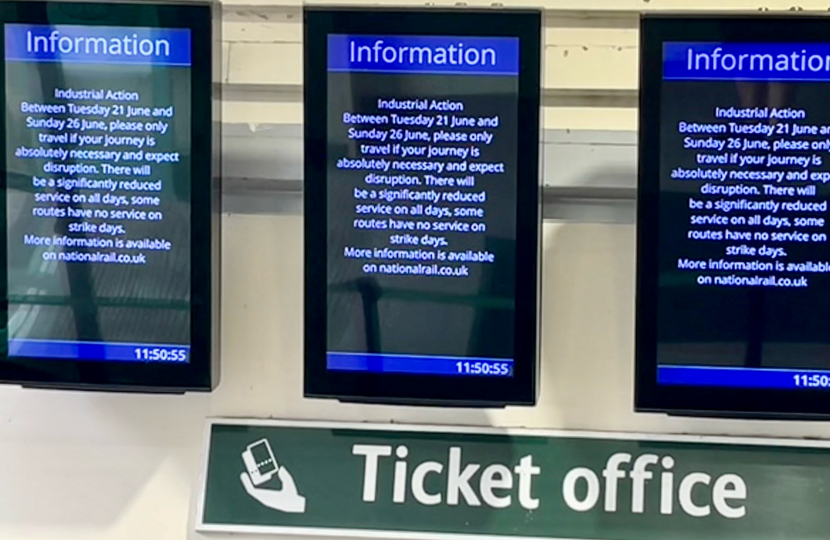 Our railways are not only a proud part of our nation’s history, but are vital to millions of people every day.

The industry needs reform to ensure it remains a viable and attractive method of travel in the future.

As a result of an agreement more than a century old, Sunday working is voluntary for most of the railway, meaning operators are short-staffed. One operator reported that more than 170 services were cancelled on the network during the 2018 World Cup Final.

Even now, we see train companies finding it difficult to cope with the surge in popularity for weekend travel as we emerge from Covid restrictions.

Similarly, track maintenance is years behind other sectors. Changes to how the railway operates will mean a better service. It would ensure fewer delays, and a quicker resolution on occasions where there is disruption. It would also improve safety, particularly for trackside workers.

More than £16 billion of taxpayers’ funding has gone towards rail services since the start of the pandemic, to ensure that those who cannot work remotely can get where they need to be, including for shifts in hospital and care settings.

This figure is equivalent to nearly £600 per household and around £160,000 for every rail worker, however such a sum cannot be bankrolled forever.

Polling has found that 94 per cent of rail commuters who are able to work from home will continue to do so for some of the time, with only 6 per cent commuting five days a week.

Further strike action will only see a greater decline in passenger numbers and therefore revenue, which will ultimately have a negative effect on the service provided. What needs to happen is for all who take pride in the railway to come together and agree a new way forward.