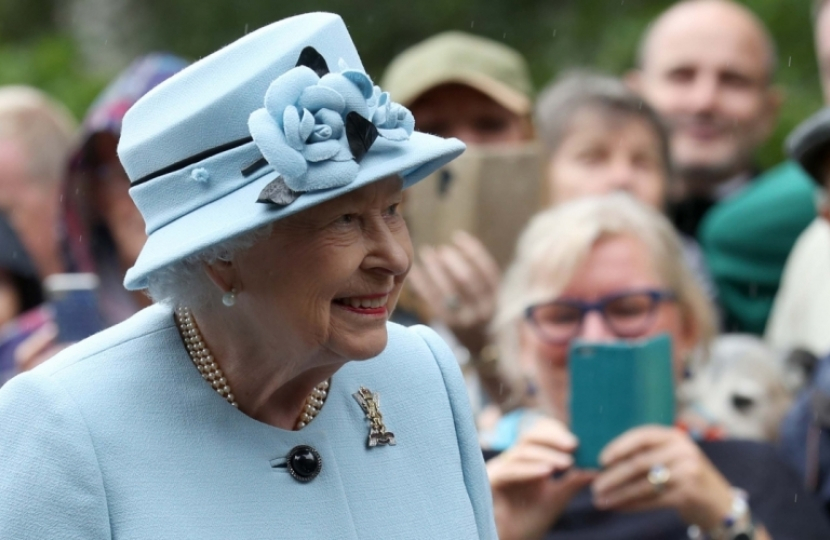 Crawley, our United Kingdom and the Commonwealth is in mourning upon the passing of Her Majesty Queen Elizabeth II.

In recent days I have been grateful to have the opportunity to pay my own respects, not just from myself but on behalf of all Crawley residents.

Before I went back to Westminster I was honoured to sign the book of commemoration at Crawley Town Hall. This is open for all to sign, with additional books also being set up at K2 Crawley and The Hawth, with floral tributes able to be left at the bandstand in the Memorial Gardens.

On Saturday, the House of Commons sat for only the third time in four decades to enable Members of Parliament to pay respects. In this session I took the opportunity to speak about Her Majesty’s visits to Crawley.

These included her first in 1950, when as Princess Elizabeth she officially opened Manor Royal, after the Princess herself had chosen the name. The Queen’s last official visit to Crawley came in 2006 and is one which is very special in my mind as I had the honour of meeting the Queen and the Duke of Edinburgh at the opening of the new Thomas Bennett Community College.

I also remembered when, as a young child, my late mum took my brother and I to the Derby at Epsom. After the race, we waited where we knew her official car would be leaving. As I waved my Union Jack with excitement, I still recall my amazement and joy when Her Majesty waved back.

On Sunday I was honoured to stand alongside the Mayor of Crawley as she formally proclaimed the new sovereign. While a monarch becomes the head of state immediately upon the passing of their predecessor, the ceremony of proclamation dates back to a time when towns and cities would need to proclaim the new monarch in order to ensure the people were aware that the sovereign had changed.

Of course, such news is communicated far more swiftly these days, however the crowds of people at the Town Hall reflect the vast support for King Charles III and the appreciation for the life and service of Queen Elizabeth II.

The quiet dignity of the King, who is undertaking his duties as sovereign, while grieving for his mother not only privately but also on behalf of the nation, shows a dedication to service reminiscent of the Queen we have lost.

May God rest the soul of Her late Majesty Queen Elizabeth II. May God give wisdom to His Majesty King Charles III. God save the King.