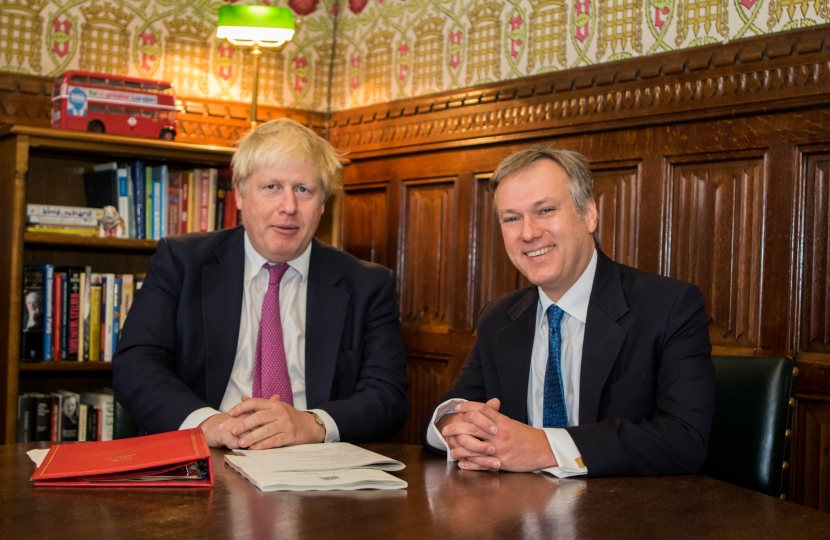 Henry Smith MP has welcomed the news that the Government is delivering on its manifesto pledge to enshrine the historic £33.9 billion funding boost for the NHS into law.

The Funding Bill to enshrine in law an extra £33.9 billion every year by 2023-24 for the NHS to transform care started its passage through Parliament yesterday.

This is the first time any government has placed such a commitment to public services in legislation, ensuring world-class services for millions of patients.

The record funding boost will help to deliver on other manifesto commitments such as delivering more nurses and 50 million more GP surgery appointments – in addition to the extra funding that has been committed to build 40 new hospitals and upgrade 20 more.

It will be one of the first pieces of domestic legislation to go through Parliament since this Government took office, placing the NHS top of the domestic agenda.

“This People’s Government will focus on the people’s priorities, and if there is one message that came through loud and clear in Crawley at the General Election, it is that the people’s top priority is our NHS.

“That is why we’re introducing legislation to give our NHS a £33.9 billion a year cash injection by 2023-24, the biggest ever in its history. With this we’ll be able to deliver more doctors and nurses, and ensure that people see results in frontline services.

“We know how important the NHS is, and under this Government it will go from strength to strength.”

In Parliament Henry has served as Chair of the respective All-Party Parliamentary Groups on Blood Cancer and Heart & Circulatory Diseases, and continues to raise issues including the salience of improved GP provision in Crawley as well as reduced waiting times.

“I have heard loud and clear that the priority of the British people is the NHS.

“Guaranteeing frontline services the biggest cash boost in history is another huge step towards making sure this treasured institution has everything it needs to deliver world-class care.

“There can be no doubting our commitment to the NHS. Putting our record funding commitment into law shows that we will stop at nothing to deliver on the people’s priorities.

“The Funding Bill will place a legal duty on the Health Secretary to guarantee a minimum level of spending every year, rising to £148.5 billion by 2023-24.

“In the first stage of this historic annual increase, the Government has already injected an extra £6.2 billion since April 2019, following the launch of the Long-Term Plan in January 2019.

“Crucially, this new Bill will not seek to limit the NHS in deciding how funding is spent and where – a decision that is rightly made by local clinicians for their local populations.”

“A year after we launched our ambitious Long-Term Plan for the NHS, I am honoured to be making parliamentary history by setting in motion the NHS Funding Bill, demonstrating this Government’s ironclad commitment to the NHS.

“With this unprecedented Bill, we will enshrine in law the largest cash settlement in NHS history – bringing the total annual budget to almost £150 billion within five years.

“This funding bill will empower the NHS and its world class clinicians to deliver their bold 10-year plan. They can do so safe in the knowledge this government is giving them the financial certainty and support to revolutionise prevention, detection, and treatment of thousands of patients over the coming decade.”