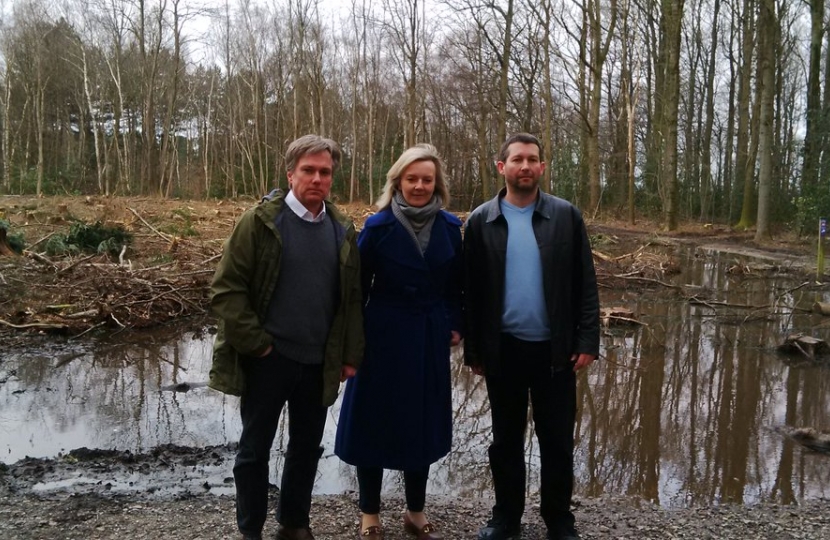 An issue of significant concern to residents across Crawley including myself has been the recent swathe of destruction of trees and wildlife habitat at Tilgate Golf Course in recent months. Visiting the area, which is owned by and the responsibility of Crawley Borough Council, it is obvious this so-called woodland management has been carried out with a lack of care and attention.

Along with Cllr Duncan Crow, the Leader of the Conservative Group on Crawley Borough Council, I welcomed the Environment Secretary, Rt Hon Liz Truss MP, to the site earlier in the year to see this reckless destruction. Following the visit I congratulated Cllr Crow on his notice of motion to the full Council stating the importance of Tilgate as a community and conservation area.

Nationally, the Government are committed to planting 11 million trees up to 2020. This follows on from the 11 million trees which have been planted over the last five years and now woodland cover is at its highest since the 14th century.

Schemes such as the one run by the Government and the Woodland Trust seek to protect our natural environments across the country.

Such activities are part of a new Government campaign to connect children with nature around them. As well as being beneficial to the environment it will also support the new national curriculum to enhance young people’s knowledge of trees and wildlife, and to help children understand the benefits of a healthy environment.

In last week’s Crawley Observer, reporter Blaise Tapp made some sensible points about recycling in the home, and that by recycling and taking that little extra care we can help our environment. It’s an old adage but very true – we should think globally and act locally.