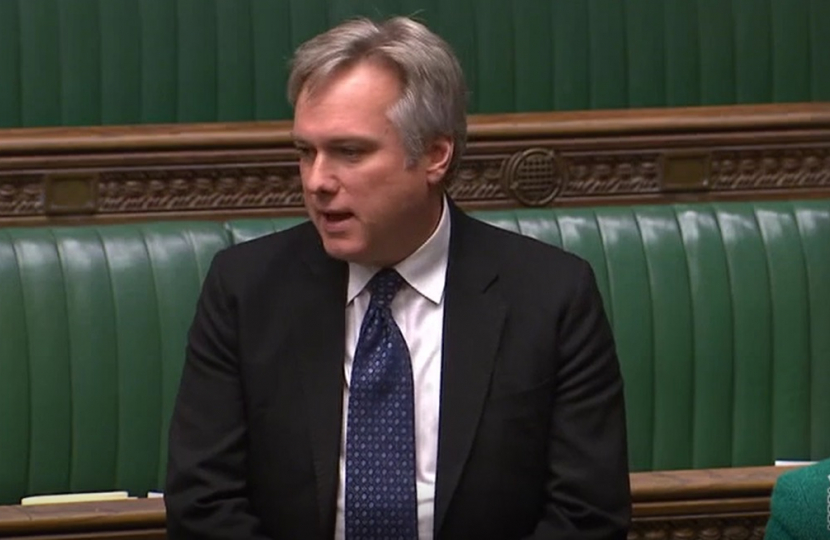 Recently I was pleased to welcome figures which confirm just how many people in Crawley have been automatically enrolled into a workplace pension as a result of Government reforms.

In total, 35,000 workers across Crawley have been automatically enrolled into a workplace pension with some 1,660 employers. This not only helps provide security for local families but is an example of Government delivering on an important priority.

Nationally, more than 10 million people have been enrolled into a workplace pension, meaning that more than an additional £28 billion is being saved per year since 2012 thanks to the launch of automatic enrolment. In this time, participation in workplace pensions has grown from 44 per cent to 88 per cent.

Employers have also played a major role in supporting automatic enrolment, increasing their contributions in 2019 to ensure savers put away contributions worth 8 per cent of their pay.

As a result of the increase in participants, total annual savings increased to more than £105 billion in 2020.

We can be proud of our town’s involvement in the roll-out of auto-enrolment. B&CE The People’s Pension are based at Manor Royal and are one of the UK’s main workplace pension providers.

Last year the Pensions Minister confirmed to me in Parliament that The People’s Pension has more than five million members.

As Crawley employees benefit from a more secure future financially, the company’s presence creates jobs locally and contributes to our economy as well.

Work on issues including action to protect small pension pots is ongoing with Government continuing to engage with industry on a wider range of initiatives. Rules coming into force from April will mean that pension savings invested in the default funds of schemes used for automatic enrolment with a value of £100 or less will be exempt from flat fees, benefitting hundreds of thousands of savers.

The UK continues to lead the world in ensuring pension finance helps us towards net zero.

We were the first country in the world to put into law recommendations of the Task Force on Climate-related Financial Disclosures, meaning that by the end of this year, the climate change risk to over £1 trillion of pension savings will be assessed. This will assist pension fund trustees in making decisions which are beneficial for savers and for the planet as well.

Representing the largest reform to UK pensions for decades, this legislation makes them safer through the introduction of prison time for those who plunder pensions, as well as smarter by creating one single platform so information about pensions is more accessible.