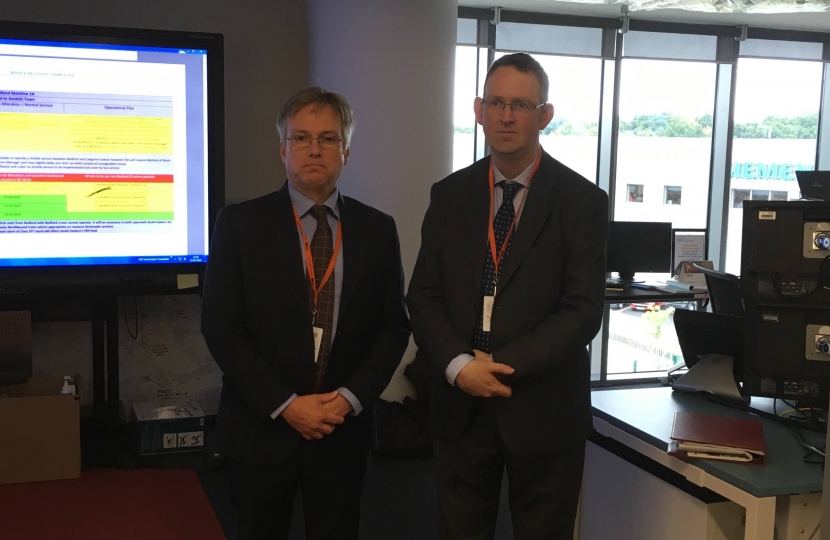 I would like to invite Crawley residents who have endured ongoing disruption on local rail services in recent months to a public meeting which is to be attended by the management of Govia Thameslink Railway, who operate Southern, Thameslink and Gatwick Express services.

The evening will be a chance for local rail passengers to tell GTR management what we think of their service and to hold them to account for their actions, to put our questions to them, and for the company to advise us how they are working to improve this untenable situation as a matter of urgency.

Last week, the problems were further exacerbated by the RMT union strike. I am the first to condemn Southern, but the union have a responsibility to Crawley commuters as well.

The House of Commons Transport Select Committee are holding an inquiry on Improving the Rail Passenger Experience; GTR and trade union executives appeared in front of MPs recently.

Ahead of this, I sent the Committee correspondence from Crawley commuters, representing our frustrations with the service, to be passed on to the MPs questioning the train operator and rail union leadership.

I am the Secretary and an active member of the new All-Party Parliamentary Group on Southern Rail. While some may choose to play politics with this issue, the reality is that MPs from differing sides are all working together.

GTR tried to justify the reduced Southern timetable by stating it would ensure greater reliability on the network. I think it’s fair to say that we’re still waiting for a ‘reliable’ service.

If you are unable to attend, but have comments you would like me to pass on to Govia Thameslink Railway, please do not hesitate to send me your views.

To allow me to have an idea of numbers, I would be grateful if you could let me know if you will be attending. Please feel free to call my office on: 01293 934554, write to me at: the House of Commons, London SW1A 0AA, or email me directly at: henry.smith.mp@parliament.uk