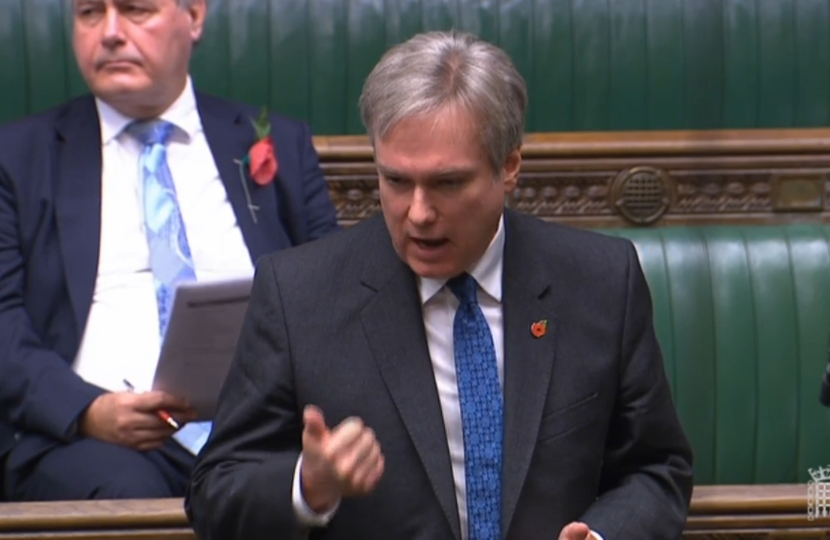 Many acts of remembrance are long-established. On Remembrance Sunday, millions of us either attend a service ourselves or watch the monarch lead the nation and the Commonwealth in respect and reflection.

Last year, the Speaker of the House of Commons opened the first Constituency Garden of Remembrance. This was an important opportunity for Members of Parliament to come together and pay their respects from all corners of the country.

The Garden is being opened again ahead of Remembrance Sunday, and this week I planted a Remembrance stake in honour of those from Crawley who have served our nation.

Last month I attended an event in Parliament to mark the 15th anniversary of Help for Heroes.

The organisation’s Live Well 2032 Strategy focuses on four outcomes: making sure that members of the Armed Forces community and their families have access to the care and support they need, helping veterans and their families manage the impact of any injury or illness they may have, ensuring that those who have served are valued and recognised, and working to ensure that veterans can live well after their service. I am following up with the Defence Secretary on these important points.

As part of the Great Place to Work scheme, all central Government departments are guaranteeing veterans progression to the next stage of recruitment processes; so far, some 800 veterans have been offered employment through this initiative.

In recent weeks the Office for Veterans’ Affairs launched a new group to step up veteran employment. The Veteran Employers Group heard how companies have benefited from skills brought forward by former members of the Armed Forces to civilian jobs, and what more can be done to support veterans into employment.

The Government committed to setting up this group earlier in the year. Its aim is to not only find best practice in the employment of veterans but also to identify potential barriers which can be addressed.

Work continues to enable veterans to demonstrate their service with the first phase of the Veterans' Recognition Scheme complete, with those leaving receiving a HM Armed Forces Veterans' Recognition Card as part of the discharge process. Over the last four years more than 56,000 Cards have been issued.

The second phase will extend the initiative to existing veterans so they can more quickly, easily and securely prove they served in the UK Armed Forces.

The Ministry of Defence has confirmed that over £1 million is being invested into a new digital service for our country’s veterans.

This is to make it easier to demonstrate military service to access a range of Government and charity services, therefore helping see that Recognition Cards are given only to those with verified service.