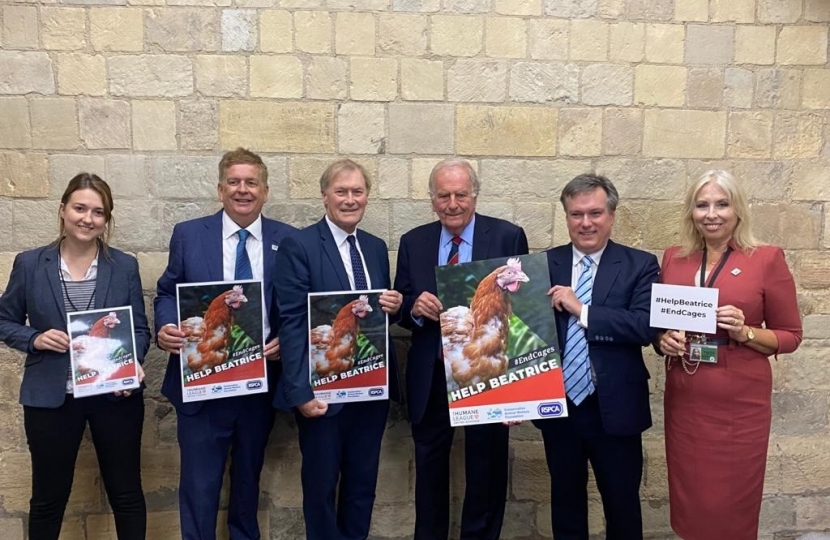 Five years ago, our country mourned the loss of a Member of Parliament, murdered on the streets of their constituency as they went about their work helping others.

It was something the whole nation had hoped we would never go through again.

It is with great sadness that I reflect on the events of last Friday, 15th October, where at a church hall in Essex, the Member of Parliament for Southend West, my colleague Sir David Amess MP, was killed as he undertook a constituency surgery with local residents.

Members of Parliament meet their constituents to provide assistance, often in cases where individuals feel they have little recourse left available. The ability for members of the public to be able to meet their MP is an important part of our democracy, and it is right for MPs to be seen out and about in their local community. It was in this spirit that I continued with my engagements over the weekend.

In what would be Sir David’s untimely final contribution in the Commons chamber a few weeks ago, he reminded the House of his support for my Hen Caging (Prohibition) Bill, which I introduced in Parliament the previous day with Sir David as one of its co-sponsors.

Sir David had a wealth of experience in campaigning on matters related to the protection of animals. We both served as Patrons of the Conservative Animal Welfare Foundation, seeking to secure enhanced animal welfare measures in Parliament. Sir David had been an MP for 38 years and was respected on both sides of the House. I valued his counsel and was delighted when he declared his support for my Bill.

Known as ‘Beatrice’s Bill’, after a hen rescued from a life in a cage, the Hen Caging (Prohibition) Bill seeks to extend the ban which started in 2012 to ban battery cages for hens, to so-called enriched cages. While such cages are larger, they still do not allow enough space for hens’ natural behaviours such as nesting, foraging and dust bathing.

The Bill will bring an end to the needless suffering of millions of caged hens. As well as being economically viable it will bring our laws into line with the strength of public feeling, and will prevent firms from being undercut by businesses with lower animal welfare standards. It will also help to confirm Britain’s position as a world leader in animal welfare.

In the days and weeks ahead, the House of Commons will be debating the Government’s Environment Bill and Animal Welfare (Kept Animals) Bill. As I support, and work to improve the provisions of, these pieces of legislation; the dedication, enthusiasm and commitment of Sir David Amess MP will be at the forefront of my mind, and his family in my thoughts and prayers.