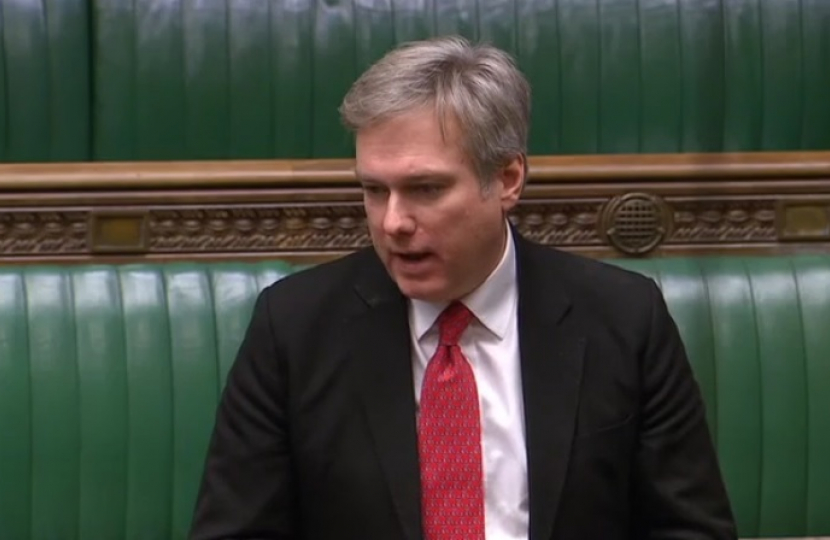 The State Opening of Parliament sees the Government’s agenda for the next year formally outlined. While the speech is usually given by the monarch, this year it was delivered on the Queen’s behalf by the Prince of Wales. We all wish Her Majesty well.

The Energy Security Bill will help to build a more secure, homegrown energy system which is not only cleaner but more affordable as well.

It will accelerate the transition to more secure, affordable and cleaner homegrown energy supplies, in addition to encouraging creation of tens of thousands of high-skill, high-paid jobs.

Our country’s energy security will be strengthened through supporting a low-carbon energy system and reducing our dependence on gas in the long term.

A new Public Order Bill will support the police in making our streets safer by preventing a minority of protesters using tactics which cause misery to the public, disrupt businesses, and interfere with the vital work of our emergency services.

This legislation will introduce new criminal offences of locking-on and going equipped to lock-on. This will criminalise the tactic used by some of intentionally attaching themselves to other people, objects or buildings to cause disruption.

The Nationality & Borders Act, which recently became law, will break up the business model of people-smuggling networks and speed up removal of those with no right to be in this country.

The new Bill of Rights seeks to address the issue of foreign criminals evading deportation. The situation where the human rights of offenders are given greater weight than the safety and security of the public needs to be rectified.

The Levelling Up & Regeneration Bill will deliver planning reforms, regenerate towns and cities, and shift power and accountability to local leaders giving communities a louder voice.

I continue to reiterate my opposition to Homes England proposals to build some 10,000 housing units to the west of Ifield; a process which is not allowing Crawley residents a great enough say.

This is an issue I will be seeking further clarification from ministers on over how the concerns of local communities are given a greater voice.

Another area I will be following up on with Government is animal welfare.

Legislation has been carried over from the previous parliamentary session that will strengthen animal welfare by banning live animal exports and tackling puppy smuggling. These are issues I have campaigned on previously, however there remains more to do and I will be urging ministers to go even further.

These are just some of the issues I will be raising with ministers on behalf of Crawley residents in the forthcoming parliamentary session.