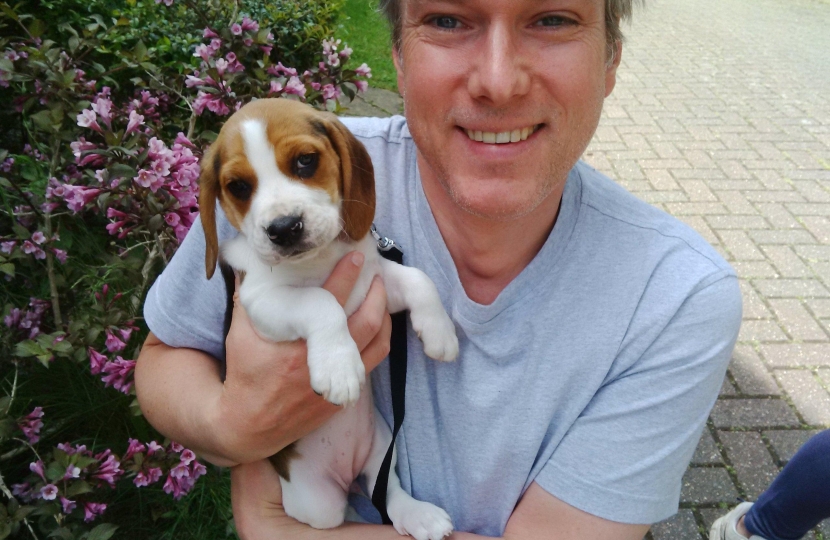 I am often contacted by Crawley residents who want to see tougher penalties for people who mistreat animals. Indeed, as Co-Chair of the All-Party Parliamentary Group for Animal Welfare, this is a cause I continue to pursue.

It is with the messages I receive from across Crawley in mind that I was pleased to welcome the Government publishing the Animal Welfare (Sentencing) Bill in recent days. This will mean that animal abusers can face sentences of up to five years in prison, a ten-fold increase from the existing maximum sentence of six months.

This announcement follows a public consultation which was held last year, and will see courts being able to take a far tougher approach to offences such as dog fighting, the gross neglect of farm animals, and abuse of kittens and puppies.

This action follows the successful campaign I led in Parliament for the Government to ensure CCTV recording becomes mandatory in slaughterhouses across England, with the Environment Secretary introducing legislation to make these cameras compulsory in such facilities to better safeguard animal welfare.

Such issues are not the preserve of any political party or ideology. I am a proud Patron of the Conservative Animal Welfare Foundation which seeks to advance this issue. At a Foundation event last week I was pleased to meet Conservative leadership candidate Boris Johnson, who is in no doubt about the commitment of myself and many others in Crawley to improve such protections.

The recent announcement is a further area of animal welfare where we are seeing action being taken to strengthen standards, with the introduction of the ban on ivory sales, and marine life being protected through the banning of plastic microbeads.

There is more to be done and I will continue to raise these concerns in the weeks ahead and when the new Prime Minister has taken office.