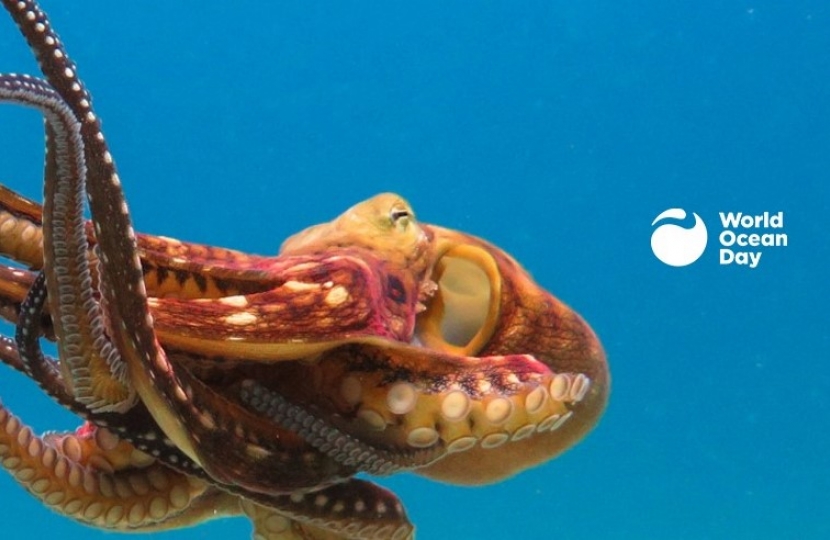 Our environment is being degraded at an concerning rate, both on land and at sea. In the waters around our islands, destructive industrial fishing vessels spend thousands of hours each year operating in protected areas, damaging habitats, decimating fish populations and polluting our marine environment.

This is having a devastating, cumulative effect. Vital marine habitats like seagrass meadows, kelp forests and coral reefs are being damaged by bottom trawlers, while supertrawlers regularly descend onto UK waters to scoop up unimaginably vast quantities of marine life, harming the target fish populations, and undermining the entire marine ecosystem.

All of this is not only harming our oceans, it’s also harming our coastal communities and worsening the climate emergency facing all of us.

When bottom trawlers rip up patches of protected seabed, they aren’t only destroying important habitats, they’re also disturbing vast amounts of carbon which would otherwise be safely stored away in the seabed.

By delaying ocean protection, the UK government is jeopardising climate protection, but it’s not too late to change course. If we can properly protect our oceans from industrial fishing practices which are disturbing the vast carbon sinks that surround our islands, the oceans could become our best ally in the battle against climate change.

By properly protecting the waters around our islands, we can ensure that tens of millions of tonnes of carbon remain stored away safely in the seabed, and we can protect the natural processes which mean the oceans absorb excess carbon from the atmosphere remain intact and healthy, long into the future.

That’s why marine protection can’t wait. Every day that we delay, industrial fishing vessels continue to damage habitats and our ‘blue’ carbon sinks.

This is a good start, but the process has moved at too slow a pace. It’s been more than six months since the government announced that it was considering new restrictions on bottom trawling in these protected areas, and still nothing has become a reality.

If the government decides to follow this model across the entire network of protected areas, it could quite literally take years, if not decades, before all of the UK’s protected areas have adequate levels of protection from industrial fishing vessels. This would be fundamentally incompatible with the UK government’s own commitment to 30x30, 30% of the world’s oceans being fully protected by 2030.

We simply cannot afford to wait that long.

However, there is a solution at hand, and one which this government has already used, but now seems to be ignoring - vessel licensing restrictions.

This power, provided for by the new post-Brexit Fisheries Act 2020, would allow us to outlaw the most destructive fishing vessels from our protected areas, by placing licence restrictions on them so they cannot operate in parts of UK waters that are supposed to be protected. This could also be used to ban fishing boats over a certain size, or over a certain capacity, from operating in protected areas, meaning it could also apply to supertrawlers.

This would speed up action significantly, and avoid the painfully slow process which the Dogger Bank bottom trawling restrictions are currently undergoing.

The scale of the problem is vast, almost all of our protected areas in offshore waters have no fishing restrictions in place, when they all should.

The good news is the government is finally starting to recognise the problem. The next, and perhaps most important, step is to act with a sense of urgency that reflects the nature and climate emergencies now facing all of us, before it’s too late.