Working together to protect the protectors 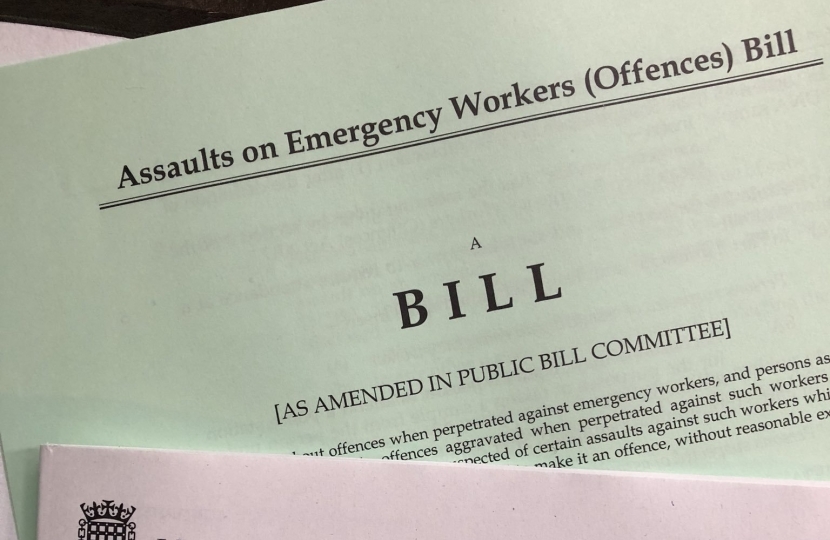 This week, the Assaults on Emergency Workers (Offences) Bill received royal assent – officially becoming law after being approved by both Houses of Parliament.

The legislation doubles maximum sentences for assault against members of our emergency services from six to 12 months in prison. It includes our police, paramedics, fire service personnel, prison and custody officers as well as search and rescue staff.

It also instructs courts to consider the strongest penalties for other offences such as grievous bodily harm and sexual assault against emergency workers.

I was pleased to put my name forward to sponsor this Bill in the House of Commons – due to the strength of cross-party feeling on this issue there were more MPs offering support than the maximum of 11 who can officially put themselves down.

There has been an increase in assaults on emergency workers, with some 26,000 assaults on police officers in the last year and over 17,000 on NHS staff. Such abhorrent behaviour is never acceptable. At any point, we may require the services of our emergency workers. It is right that we not only thank them, but provide them with protections in law.

By working together and putting party political differences aside, we have been able to do the right thing for those who put themselves in harm’s way on our behalf.