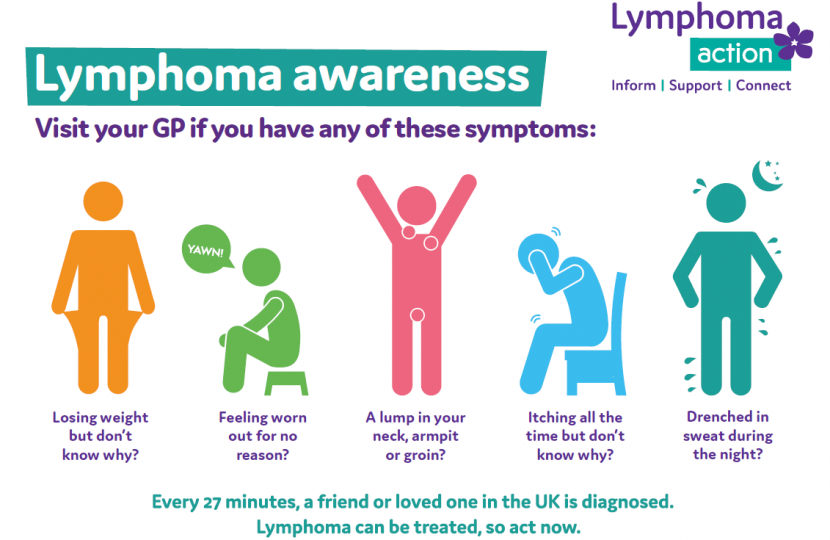 Henry Smith MP is raising awareness for rare blood cancers as part of World Lymphoma Awareness Day (15th September) such as Cutaneous T-cell lymphomas, also known as skin lymphomas. These rare lymphomas are often overlooked, misunderstood or misdiagnosed as they only affect around seven people in every million in the UK.

“As Chair of the All-Party Parliamentary Group on Blood Cancer, I’m proud to be an advocate for those people living with a blood cancer in the UK.

“We must continue to raise awareness for rare cancers like CTCL to improve the outcomes of people living with this condition in Crawley and across the UK.”

It is crucial that on World Lymphoma Awareness Day we promote the better understanding of rare blood cancers because too often they can be misdiagnosed as milder, less life-threatening conditions. For instance, Cutaneous T-cell lymphomas are often misdiagnosed for skin conditions such as eczema and psoriasis.

Due to their likeness to more common skin disorders, these rare lymphomas can take, on average, between 2 and 7 years for individuals to receive a confirmed diagnosis. Only around half of CTCL patients (52 per cent) with advanced disease survive beyond 5 years of diagnoses.