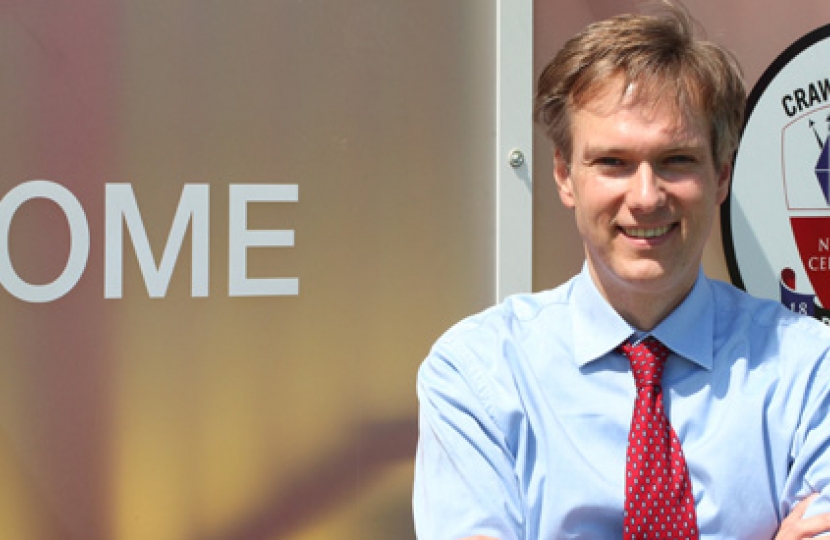 Henry lives in Crawley and has two school aged children. He was elected as Member of Parliament for Crawley in 2010, 2015, 2017, and for a historic fourth term at the General Election in December 2019.

He ran his own Crawley-based business, and in 1997 was elected to West Sussex County Council. In 2003 he became Leader of the Council, when aged 34 he became the youngest county leader nationally. He was also Chairman of the South East County Strategic Leaders group, representing all authorities across the greater south east.

Additionally, Henry has previously been a Governor at The Oaks, The Brook and Oriel High schools locally.

In his first year in Parliament Henry introduced his Consumer Protection (Private Car Parks) Bill. While this legislation did not become law Henry has continued to stand up for motorists, welcoming the Parking (Code of Practice) Act 2019 becoming law with the support of the Government.

Henry served on the European Scrutiny Committee between 2010 and 2015 and supported an in/out UK/EU referendum. He led the area Leave campaign, with 58 per cent of Crawley voters joining the more than 17 million people nationally who voted for Brexit.

At the general election in May 2015, Henry was re-elected as Member of Parliament for Crawley with an increased majority. Following the election the then-Prime Minister, David Cameron, appointed Henry as Parliamentary Private Secretary to the Secretary of State for Communities & Local Government a role in which he served until July 2016.

In June 2015, Henry was elected as Co-Chair of the All-Party Parliamentary Group (APPG) for Animal Welfare, a position in which he served until the 2019 General Election (he remains Vice-Chair). In this role, he worked alongside a variety of animal rights organisations, such as the International Fund for Animal Welfare and the RSPCA.

Following the appointment of Theresa May as Prime Minister in July 2016, Henry served as Parliamentary Private Secretary to the Secretary of State for Education and Minister for Women & Equalities.

Henry was re-elected as Crawley MP at the June 2017 General Election receiving more than half of all votes cast.

Henry continues to campaign on a range of issues on behalf of Crawley residents, in particular health. Following the closure of A&E at Crawley Hospital under Labour in 2005 he has successfully campaigned for urgent care services to return with new units opened and operating 24/7.

In June 2016 he helped set up, and was elected to chair the All-Party Parliamentary Group on Blood Cancer. The Group’s aims include raising awareness of blood cancer and highlighting the needs of patients and their families.

He has also served as Secretary of the APPG on Southern Rail, lobbying for Crawley’s commuters.

Alongside other colleagues from West Sussex, Henry lobbied successfully for and welcomed extra funding announced for schools in our county to make funding fairer.

Henry believes that investment in young people is important; he has hosted a number of Crawley Apprenticeship & Jobs Fairs and is proud to support the delivery and expansion of National Citizen Service locally.

Henry has actively campaigned on a number of issues including as Chair of the respective APPGs on Air Passenger Duty Reform and Heart & Circulatory Diseases, and as a Vice Chair of the APPG on New Towns.

At the General Election on 12th December 2019, Henry was re-elected as Member of Parliament for Crawley; becoming the first person to win a fourth term since the creation of the parliamentary constituency in 1983, more than trebling his majority to 8,360.

Henry was quick to recognise the scale of coronavirus, first raising the issue in the House of Commons in January 2020, and has stood up for local workers, families and businesses throughout the pandemic.

Given the importance of Gatwick Airport to the local area economy, in May 2020 Henry launched the Future of Aviation Group to campaign for Britain’s aviation sector following the negative impact of the pandemic. In October 2020 the Group was officially registered with Parliament as the All-Party Parliamentary Group for the Future of Aviation.

A number of issues which the Group has campaigned on have come into force, including extension of the Coronavirus Job Retention Scheme and the introduction of Covid-19 passenger testing for international arrivals.

Henry is a determined campaigner for Crawley and pursues a wide range of issues with the Government. The importance of improving health outcomes is a cause Henry continues to highlight, and in Parliament he is an Officer of the APPG on Pancreatic Cancer and a Vice Chair of the respective APPGs on Cancer, Heart Valve Disease and Radiotherapy, the latter reflecting the importance of Crawley’s role as the home of several leading manufacturers whose radiotherapy scanners play an important role in improving outcomes for oncology patients.

In proud recognition of the large Chagossian community in Crawley, Henry is a Vice Chair of the Chagos APPG, and has led a number of constituents to Downing Street to hand petitions to the Government. Henry has campaigned for nationality rights for descendants of the Chagos islanders, with his British Indian Ocean Territory (Citizenship) Bill receiving backing from the influential House of Commons Home Affairs Select Committee.

Ensuring opportunities for all is close to Henry’s heart, and he is an Officer of the APPG on Learning Disability and a Vice Chair of the APPG on Dyslexia & Other Specific Learning Difficulties. Henry is also honoured to be a Vice President of the British Dyslexia Association. 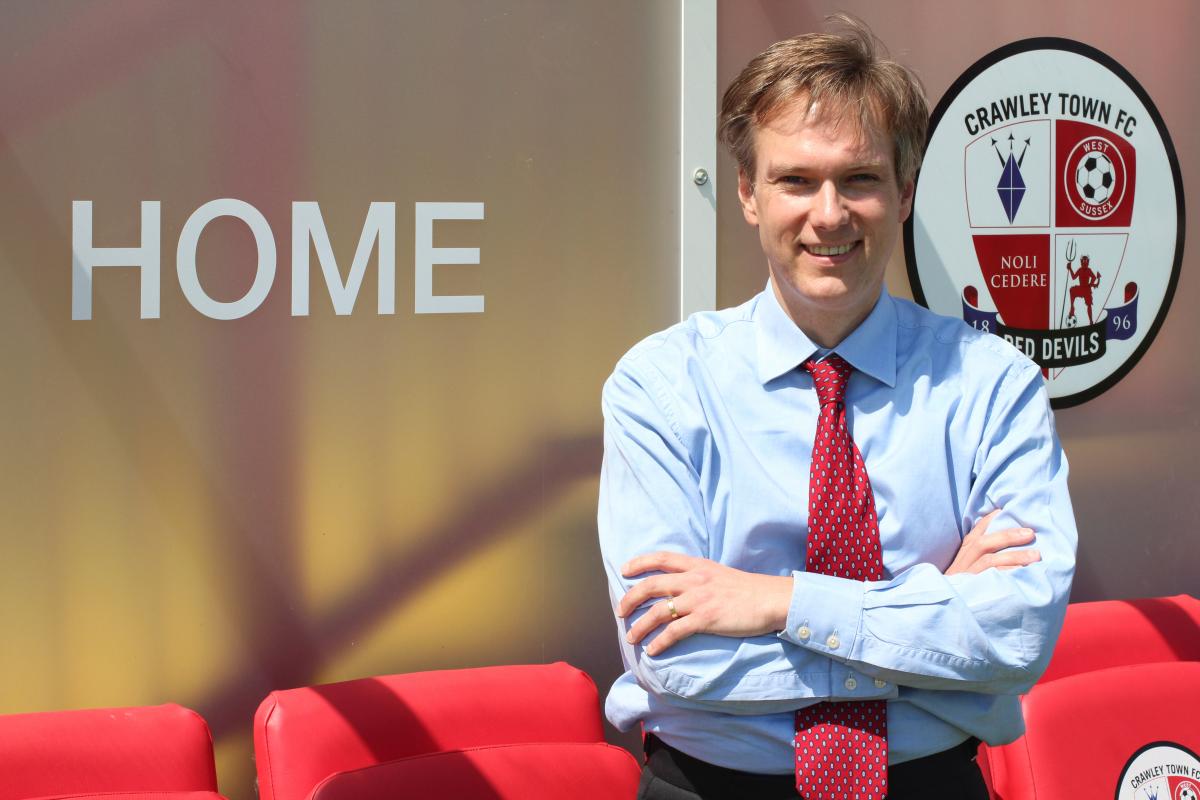 Henry Smith is a tireless local campaigner in Crawley.