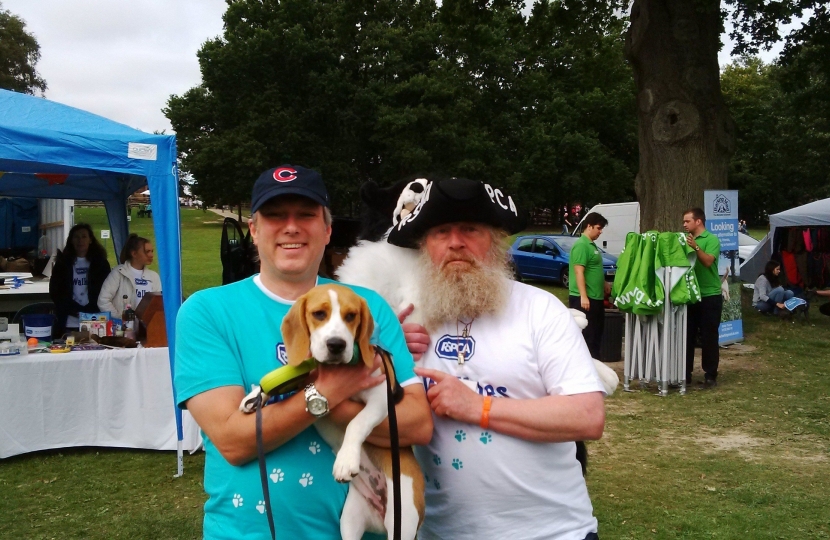 I have consistently campaigned for stronger laws against those who cause animals pain and inflict suffering needlessly. In June 2015 I was named Co-Chair of the All-Party Parliamentary Group for Animal Welfare, and served in this role until the 2019 General Election. Since 2020, I have been a Vice Chair of the Group, as I continue to highlight the need for greater animal protections.

In 2015 I led a House of Commons debate on the importance of CCTV in UK slaughterhouses; this is an issue I have pursued in Parliament and was delighted when the Government adopted this as law.

I have additionally called for the end of live exports of animals for slaughter, and welcome the Government’s action to launch a call for evidence on this important animal welfare issue.

This is an issue I have continued to work on including in my role as a Patron of the Conservative Animal Welfare Foundation.

In June 2018, I was pleased to lead a House of Commons debate calling for a ban on imports of foie gras; a ‘product’ derived from fatty livers of ducks or geese after they have been force-fed maize repeatedly, by having a metal tube inserted down their throats two or three times a day.

While domestic production of foie gras is thankfully banned in this country, the importing of it is still allowed – a double standard we need to put right. After leaving the EU’s single market, Britain is able to make this decision to ban imports of this so-called delicacy. I urge the Government to take this action in line with the progress we have seen in recent years on other areas of animal rights.

I have also served on the Public Bill Committee of the Government’s Ivory Bill. This legislation is now helping protect the approximately 20,000 elephants slaughtered each year for their ivory.

In September 2021 I introduced my Hen Caging (Prohibition) Bill, also known as Beatrice’s Bill after a rescued hen, which would have banned the use of cages for laying hens.

I also tabled an amendment to the Government’s Animal Welfare (Kept Animals) Bill in January 2022 which would protect end of lay hens from rough handling while loading for transport and ensure better welfare conditions during travel.

In the current parliamentary session I introduced a landmark Bill to ban British hunters from bringing ‘trophies’ of endangered and vulnerable animals into this country. The Hunting Trophies (Import Prohibition) Bill would be the strongest of its kind in the world, and is due to be debated in the House of Commons in November of this year.

Henry Smith MP has led a House of Commons Public Bill Committee for the Hunting Trophies (Import Prohibition) Bill he is taking through Parliament.

Henry Smith MP has led a House of Commons Adjournment Debate (on Tuesday, 24th January) calling for a ban on the advertising and sale at home of cruel animal activity experiences abroad.

Full text of the Adjournment debate put forward by Henry Smith MP in the House of Commons on 24th January 2023, on Government support for animal welfare in overseas tourism.

Henry Smith MP will lead a special House of Commons committee to oversee the Bill he has introduced which could introduce the world’s toughest ban on hunting trophies.

Henry Smith MP has hailed his Hunting Trophies (Import Prohibition) Bill passing second reading in the House of Commons and is already preparing for the next stage of its progress through Parliament.