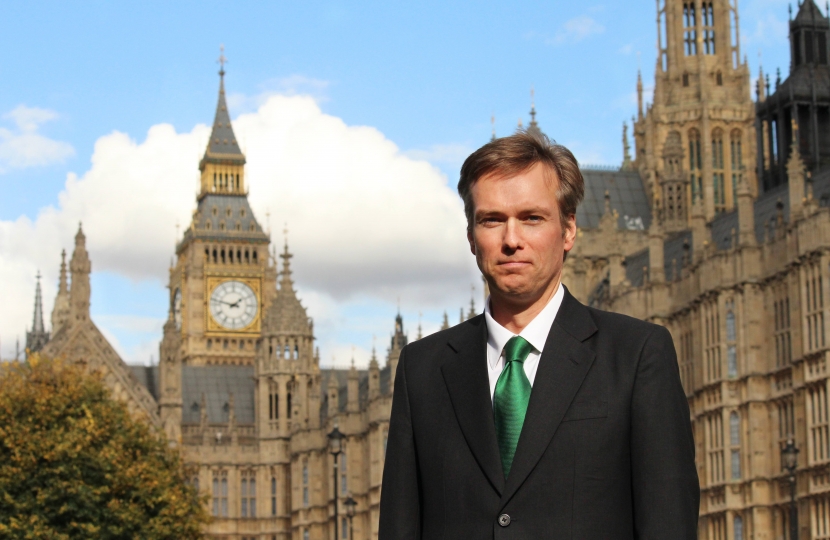 Henry Smith MP has welcomed the Chancellor of the Exchequer’s announcement in the Autumn Budget on 22nd November that £1.5 billion is being directed to help people transition onto Universal Credit, the Government’s flagship welfare reform programme which puts work at the heart of the benefits system.

The Chancellor, Rt Hon Philip Hammond MP, announced that the Government would reduce by seven days the time a claimant must wait before their first full benefit payment.

The period that the interest-free benefit advance can be recovered was extended from six months to one year. It was also confirmed that the amount of an advance would go from 50 per cent of the monthly entitlement to 100 per cent, meaning that a claimant could receive the equivalent of their first benefit payment up front.

“Universal Credit has been transforming lives by enabling more people get into jobs and earning more through work. I’m glad to see the Government has acted to cut down the initial waiting time and allow individuals who need it to get the equivalent of a full benefit payment right up front.

“Combined with other measures to provide an extra two week payment of Housing Benefit, worth an average £233, and the option to continue having rent paid directly to landlords in the private rented sector, the Budget will provide a real boost to people going onto Universal Credit.”

Universal Credit sees six existing benefits, for people on low incomes or out of work, replaced by a single Universal Credit payment. The programme is being rolled out across the UK in stages and is designed to help jobseekers with particular challenges to receive tailored help in order to secure one of the over 780,000 vacancies which exist in the jobs market.

The Crawley MP also welcomed other Budget announcements. On the Personal Allowance increasing to £11,850, Henry said;

“More than 56,000 Crawley residents have already benefited from increases in the Personal Allowance, and I welcome confirmation that the amount people earn before paying income tax will rise to £11,850 from next April.”

“There’ll be an increase in the National Living Wage for workers aged 25 and over from £7.50 per hour to £7.83 per hour. This will start in April 2018 and more than 2 million people are expected to benefit.

“For a full-time worker, this will represent a pay rise of some £600 a year.

On measures to abolish stamp duty land tax on homes under £300,000 for first-time buyers, Henry said;

“Around 80 per cent of people buying their first home will pay no stamp duty at all.”

Budget measures on Universal Credit include: