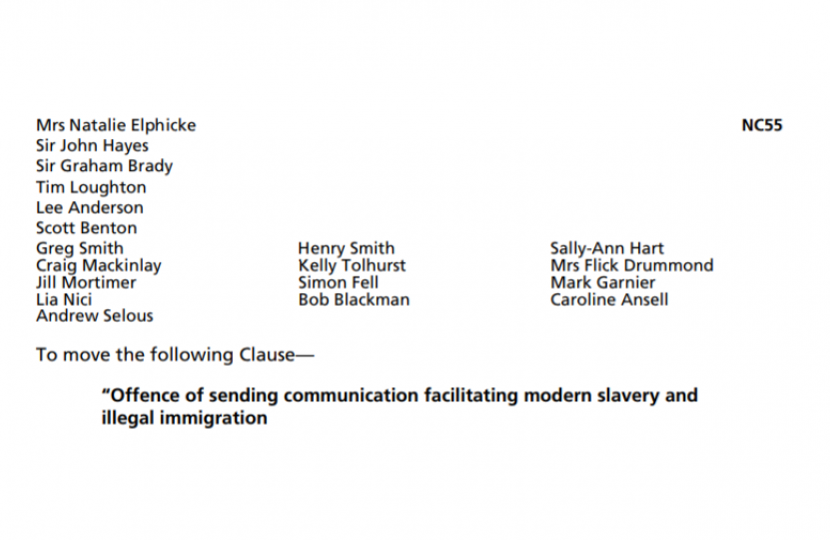 The Crawley MP is supporting an amendment to the Online Safety Bill tabled by Dover MP Natalie Elphicke. The amendment will create a new criminal offence of intentionally sharing a photograph or film that facilitates or promotes modern slavery or illegal immigration.

“Illegal and dangerous English Channel small boat crossings must be stopped. Tackling the TikTok traffickers will make a real difference. It’s no wonder that there are so many people making the crossings if the people smugglers can brazenly post on social media in this way.

“I welcome the Government agreeing to look at amendments to tackle online advertising by people smugglers.

“This is not simply about immigration and border security. The small boats crossings are dangerous and many people have been harmed or lost their lives making these hazardous journeys.

“The crossings are also connected with very serious crime here in the UK, including modern slavery, the drugs trade and trafficking.”

With the majority of crossings now involving Albanians, the Dover MP spoke in Parliament about examples of people smugglers posting videos online in Albanian with comments like: “At 8 o’clock the next departure, hurry to catch the road” and “The trips continue, contact us, we are the best and the fastest”.

More than 44,000 people have crossed the Channel this year. Parliament was told how people smugglers are brazenly and openly using social media platforms like TikTok, Facebook and WhatsApp.

Thanks to the support of Henry Smith MP and parliamentary colleagues, Government ministers have agreed to look at changes to the bill at its next stages in Parliament.