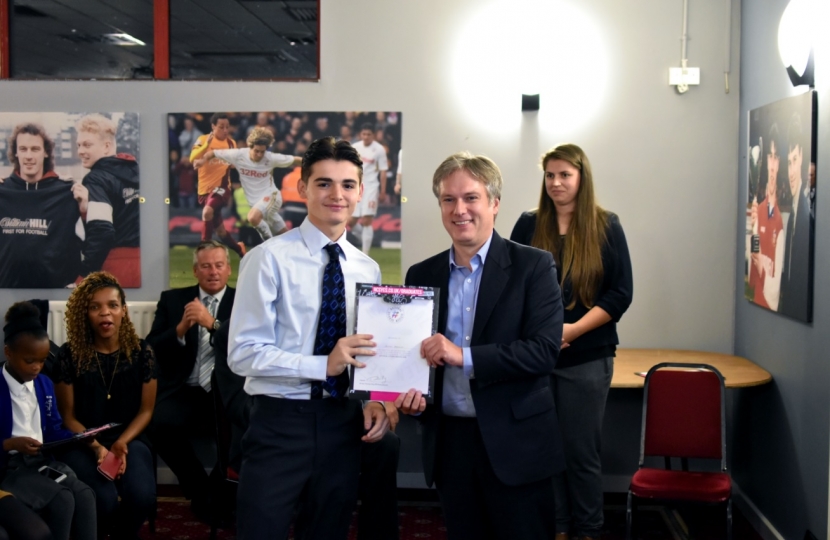 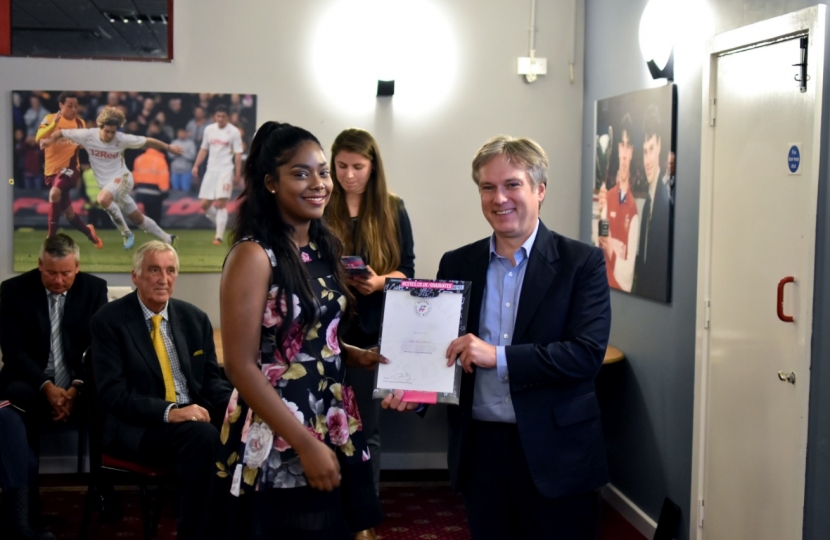 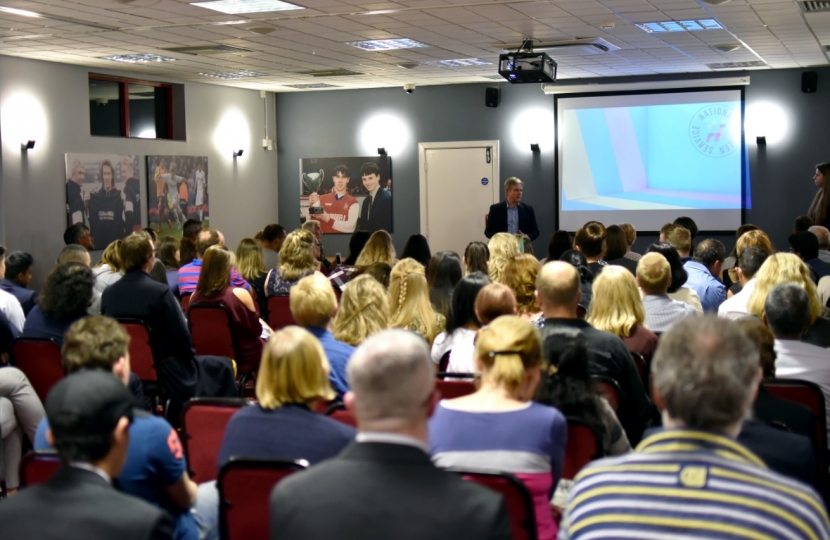 Henry Smith MP has given his support to the Government’s National Citizen Service Bill, which would secure the future of NCS, and give the NCS Trust a Royal Charter.

“I’m pleased to welcome the Government looking to establish a formal link between Parliament and the NCS Trust. I’ve seen at first hand the tremendous effect that National Citizen Service can have on young people.

“Only last month I had the pleasure of presenting certificates to the latest graduates of the Crawley Town Community Foundation’s NCS scheme.

“The hardworking staff at the Community Foundation are preparing for their next NCS programmes – the Autumn scheme is starting on 22nd October, with further opportunities for Crawley’s 15-17 year olds to take part next year.

“NCS brings different communities together and gives young people the chance to take part in new experiences, develop skills and give back to the community.

“I’ve been struck by the strength of the social action ethos of the Crawley Town Community Foundation’s NCS projects. In their last programme alone, young people managed to raise over £4,000 for a range of charities such as Crawley Open House, YMCA DLG Crawley Foyer, Save The Children, Olive Tree Cancer Support, St Catherine’s Hospice and the Springboard Project.”

The NCS Trust will be given a Royal Charter and a clear mission to make NCS accessible to all, particularly those from deprived backgrounds, to ensure a Britain that works for everyone.

The Government has committed to offering an NCS place to everyone that wants one. The Bill would also enable more young people, and their parents or carers, to hear about NCS and how it can benefit them.

National Citizen Service is already playing a role in ensuring a society that works for everyone, boosting the life chances of more than 275,000 young people by building their confidence, resilience and leadership skills.

The Bill was introduced in the House of Lords on Tuesday 11th October by Rt Hon Lord Taylor of Holbeach CBE, Government Chief Whip in the House of Lords, on behalf of Lord Ashton of Hyde, Parliamentary Under Secretary of State at the Department for Culture, Media & Sport.

Following the Bill’s introduction in Parliament, it was announced that the former Prime Minister, Rt Hon David Cameron, who set up the scheme, is to become chairman of NCS Patrons, bringing together a senior cross-party and cross-sector group of patrons and ambassadors who can ensure NCS reaches more young people.