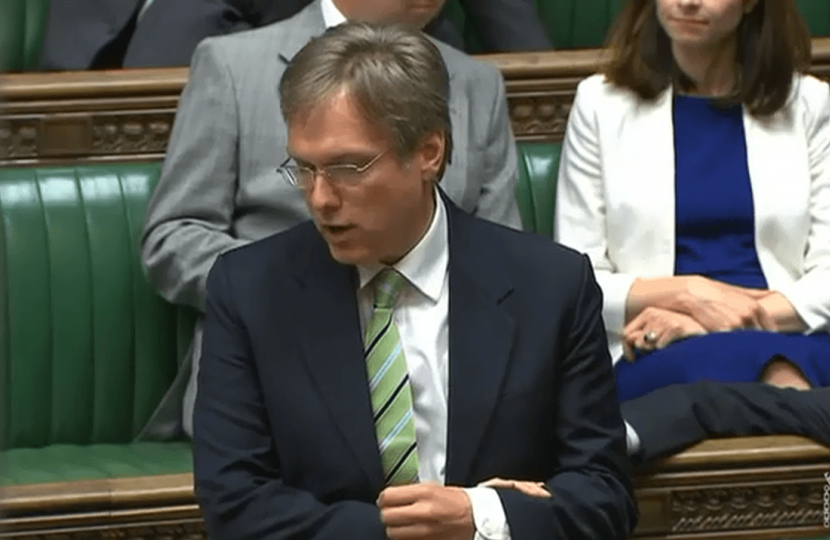 Henry Smith MP has spoken in the House of Commons yesterday (Thursday 9th July) calling for a parliamentary debate on aerotoxic syndrome.

The Crawley MP is seeking greater awareness of the dangers faced by airline employees and frequent flyers, following the death of former Crawley based cabin crew member Matt Bass in 2014, at the age of 35.

“It’s important for Parliament to debate on this issue. Given the number of air crew we have in Crawley and Gatwick we can’t risk the possibility of aerotoxic syndrome affecting people locally and across the country.

“I think an investigation into air intake fumes on aircraft and its affects needs to be pursued, that’s why I’ve already followed up directly with the Transport Secretary.”

“Last year, former Crawley constituent Matt Bass died from suspected organo-phosphate poisoning. Many air crew and frequent flyers are at risk from faulty air intakes on many aircraft. May we have a debate on this issue please?”

“This issue has been cited for some time, and there are real worries about some things that have taken place. My hon. Friend refers to a tragic situation in his constituency. I believe that this should be considered by both the airlines and the transportation authorities. I know that my colleagues in the Department for Transport will have heard his concerns, but I will make sure that the issues he has raised are brought to their attention.”