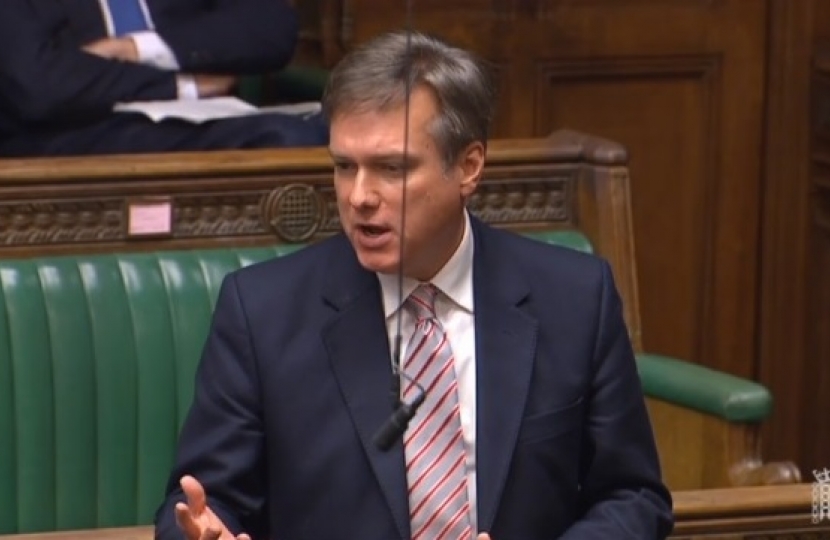 Henry Smith MP has praised Crawley-based charity Vision Aid Overseas, whose work assists those with eye health need in developing countries, in the House of Commons (on Wednesday, 23rd May).

“When donating a pair of glasses to a charity who can use them to help others, we don’t always think about what happens next. This is where organisations such as Vision Aid Overseas excel – to help provide the gift of sight to those less fortunate.

“Their warehouse in Manor Royal goes through donations of glasses by hand, and the funds generated support eye care programmes in the charity’s partner countries.

“We can be proud that a charity based in Crawley is making such an impact around the world – they recycle around 3.5 million pairs of second-hand glasses every year.

“I’m delighted that the International Development Secretary joined me in praising their important work.”

Henry Smith, Member of Parliament for Crawley, asked the Secretary of State for International Development;

“What steps she is taking to help small UK charities access funding from her Department.”

“DFID’s [The Department for International Development’s] small charities challenge fund was launched last summer to support small UK-based charities working in international development. The first round of grants will be announced shortly and the second review of applications is under way. We are also looking to improve the scheme.”

“Crawley-based Vision Aid Overseas does really effective work in Africa, helping to provide sight health to some of the world’s poorest. Will the Secretary of State endorse such work and congratulate those local UK-based charities, which can make a real difference?”

The Secretary of State for International Development responded;

“I thank my hon. Friend for the opportunity to praise the work of Vision Aid Overseas. It is absolutely right that we want to connect more of these small, fantastic UK charities with the developing world. The “GREAT for Partnership” initiative will help us to do that.”

In the same session, the Crawley MP additionally questioned the International Development Secretary about transparency in the international aid system and ensuring that other countries pay their fair share.

“What is my right hon. Friend doing to bring about greater transparency in the international aid system to ensure that there is probity and that other countries pay their fair share to international development?”

The Secretary of State for International Development responded;

“DFID scores very highly on the international aid transparency initiative, and we are working with other nations and multilaterals to help them to reach the same standards. We are also leading the charge on combating illicit money flows and capital flight, which is necessary if we are to help developing nations.”