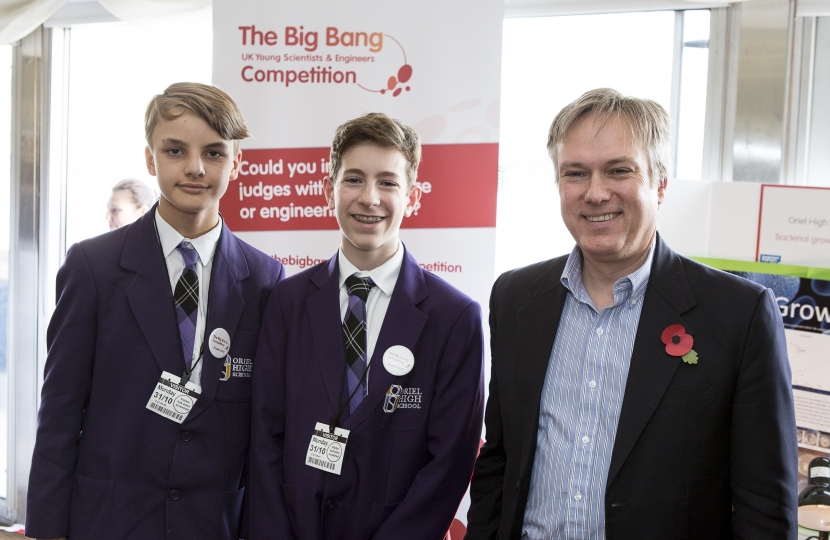 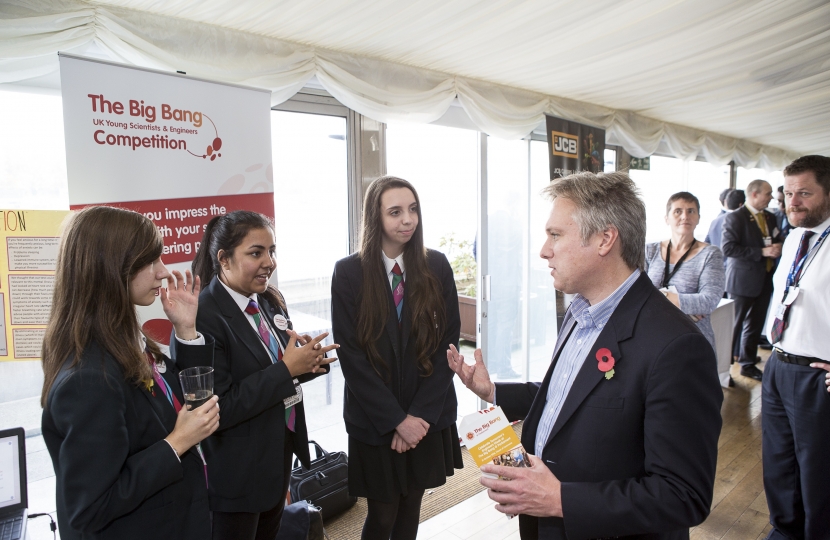 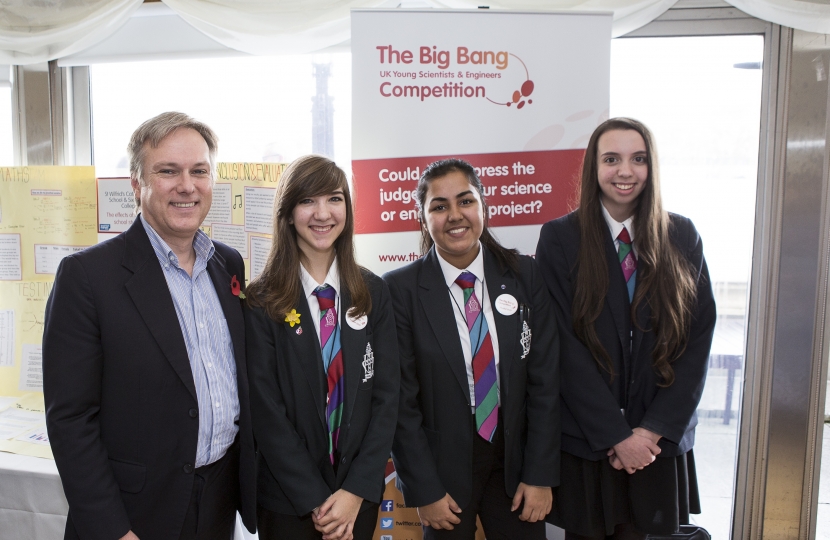 Henry Smith MP has welcomed students from Oriel High School and St Wilfrid’s Catholic School in Crawley to exhibit their Science and Engineering projects to MPs and some of the UK’s leading STEM companies, after impressing judges at the regional heats of The Big Bang Competition.

“I was delighted to welcome both St Wilfrid’s and Oriel to the Commons – out of a total of ten schools, two were from Crawley! Their inspiring projects showcase the talent that we have locally.

“There are many international companies in Crawley and local success in this competition can help ensure that more of our town’s students secure jobs in these world-leading firms.

“Congratulations to both schools and good luck for the finals in March – I’m very proud of these fine young Crawley representatives.”

Daniel Clark and Tyler Whiteoak-Dooley from Oriel High School impressed the judges with their project which studies bacteria growth under light. From St Wilfrid’s Catholic School, Gina Ardines, Vienna Cooper and Naina Trivedi presented their project studying the effects of music on school students. Each student presented their project at ‘The Big Bang @ Parliament’ on Monday, 31st October.

They will now go on to join over 200 other project teams from across the UK in the finals, which take place during The Big Bang UK Young Scientists & Engineers Fair at the National Exhibition Centre in Birmingham in March 2017.

The competition is open to young people aged 11 to 18 years old, and gives participants the chance to compete for top prizes worth over £50,000, including international experiences and prestigious awards such as UK Young Scientist and UK Young Engineer of the Year.

The Big Bang Competition is an annual contest designed to recognise and reward young people's achievements in all areas of science, technology, engineering and maths (STEM), as well as helping them build skills and confidence in project-based work. Online entries are still open until 20th November.

Commenting on both schools’ success, Paul Jackson, Chief Executive of EngineeringUK, which organises the competition, added;

“This year’s entries to The Big Bang Competition highlight how talented the UK’s young scientists and engineers are.

“It’s easy to see why St Wilfrid’s and Oriel’s projects have secured places at the national finals and we’re incredibly excited to host their projects at the Houses of Parliament.”