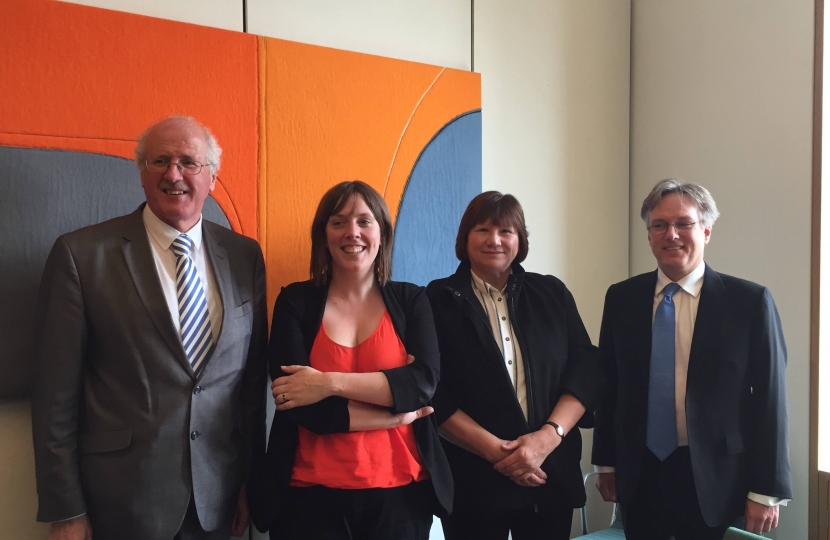 I mourn the loss of my parliamentary colleague, Jo Cox MP, murdered last week while on her way to hold a public surgery for her constituents. My overwhelming thoughts are as a parent myself; it is just so awful to know that her two young children will grow up with their mother so cruelly taken away from them.

In the first nationwide referendum for more than five years, I will be voting for the UK to Leave the European Union on Thursday 23rd June.

Let’s Leave an economically struggling, increasingly undemocratic political bloc, and allow us, as the world’s fifth largest economy, to look out at the rest of the world.

Twelve reasons: Why I will be voting to Leave the European Union on Thursday 23rd June. I am extremely aware that there are a range of views across town however it is my opinion that we must Leave.

Vote Leave: Pleased to welcome Rt Hon Chris Grayling MP, Leader of the House of Commons, as well as Peter Bone MP and Tom Pursglove MP to the Crawley campaign to secure a Leave vote.

Debates: Wrote about taking part in debates ahead of the Leave/Remain UK/EU referendum.

Take control: The former Common Market has grown into a European Union with more and more influence over our lives – let’s Vote Leave on 23rd June.

Count Them In: Supporting this Royal British Legion campaign to ensure there are questions on our Armed Forces community included in the next UK Census.

Blood Cancer: Honoured to be elected as the Chairman of the new All-Party Parliamentary Group on Blood Cancer. This cross-party group will raise awareness and promote the needs of blood cancer patients among parliamentarians and government. A personal issue for me; I lost my own mother to acute myeloid leukaemia four years ago.

Animal welfare: You may be aware that I have campaigned on animal protection issues for many years, and I am pleased to Co-Chair the Animal Welfare All-Party Parliamentary Group. As the Farming Minister, George Eustice MP, has recently said, by voting to Leave the European Union we can take control of animal exports. As things stand, a targeted ban on some live exports from British ports would be against EU law.

Govia Thameslink Railway: Joined with other local MPs to meet with senior GTR management about the ongoing unacceptable service on the Southern and Thameslink routes. Later in the month myself and other MPs met with the Transport Secretary to raise directly with him how passengers are not getting a good deal. I will continue to raise this issue in Parliament and keep working alongside other MPs. Please click to see letters I have received in recent weeks from Claire Perry MP, the Rail Minister, and Charles Horton, the Chief Executive of GTR.

Patient Transport Service: Continuing to work alongside other county MPs regarding the unacceptable performance of Coperforma across Sussex. On 1st June we received a reply from the NHS High Weald Lewes Havens Clinical Commissioning Group, who awarded Coperforma with the contract to provide the service, to our letter of 26th May – if this is an issue which has affected you or your family personally please do not hesitate to let me know if I can follow up on your behalf.

Please never hesitate to let me know if I may be able to assist; by writing to me at the House of Commons, London, SW1A 0AA, calling 01293 934554, or via email directly at: henry.smith.mp@parliament.uk