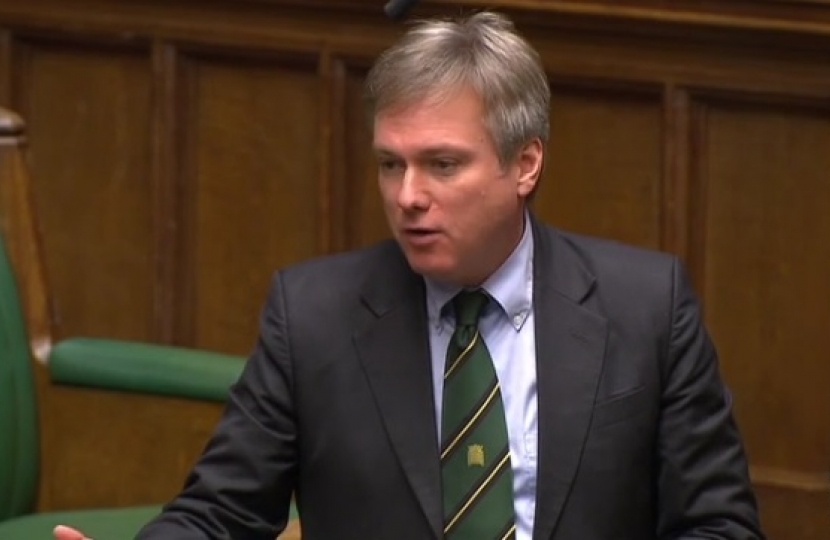 At the start of February I spoke in the House of Commons during the second reading of the Parking (Code of Practice) Bill. This legislation seeks to provide motorists with new legal protections from unscrupulous private parking operators, as well as raising standards in the industry.

I’ve previously introduced my own motion in Parliament to tackle the practices of such firms, and I often hear from Crawley residents about unacceptable experiences of rogue parking companies.

I welcome the Government’s decision to back this legislation, essentially meaning that it has a greater chance of succeeding and becoming law. The next step on the Bill’s parliamentary journey will be its committee stage, on which I’m pleased to serve.

The Bill would deliver on a pledge to tackle rogue parking operators. The Secretary of State for Housing, Communities & Local Government will work to develop a new code of practice alongside motorist groups, like the AA and RAC.

Any company not adhering to the rules would, pardon the pun, have the brakes slammed on their operation by effectively being forced out of the industry by blocking their access to driver data and issuing fines.

These measures build on the Government’s existing action to tackle rogue private parking operators, including banning wheel clamping and towing, and over-zealous parking enforcement by councils and parking wardens.

At present, there are two parking trade associations with separate codes of practice for their members. The introduction of a single, stronger code is intended to set a higher standard for companies throughout the sector, particularly in the area of appeals against parking tickets.

The Housing Secretary would also have the power to raise a levy on the sector to fund the production, publishing and enforcement of the code.

Nationally, Citizens Advice have stated that last year more than 5,000 people visited their local branch seeking assistance on a private parking issue, an increase of over 300 on 2016. Time’s soon up for cowboy operators who’ve caused misery to many motorists in Crawley and beyond.