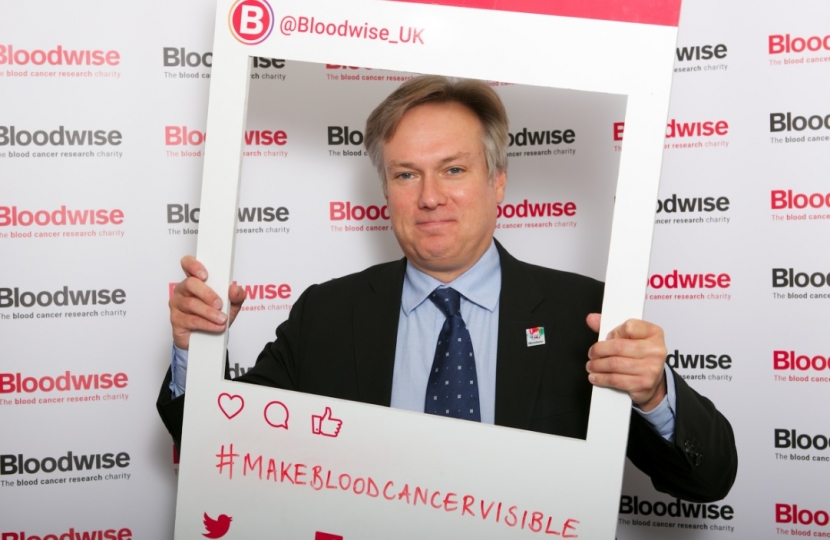 September marks Blood Cancer Awareness Month; an important opportunity to raise awareness of what is the UK’s fifth most common cancer and third biggest cancer killer, claiming the lives of more than 15,000 people each year.

If you have been waking up with night sweats, experienced bruising or bleeding, or are suffering from persistent or severe infections, you may not think that you actually have symptoms of cancer. These are, in fact, symptoms of blood cancer, of which there are over 100 different types.

As Crawley MP and Chair of the All-Party Parliamentary Group on Blood Cancer I know it is vital that new technologies are utilised to ensure the greatest support for patients.

It is right for people in this country to expect us to be a leader in health technologies and it is welcome that our NHS will be the world’s first healthcare system to systematically introduce whole genome sequencing into routine healthcare.

Shortly after the new inquiry topic was announced, the Prime Minister declared the Government’s involvement in a new £200 million genome sequencing project.

There is the potential for this research to ensure a predictive and more personalised healthcare system. The Government has committed to carrying out five million analyses of DNA by 2024 to improve health through research, and enhance the prevention, diagnosis and treatment of a range of serious and life-threatening illnesses including cancer.

This recent announcement follows the success of the 100,000 Genomes Project and NHS England have launched a new Genomic Medicine Service which will form an important part of our inquiry.

One in 19 people will develop blood cancer at some point in their lives. By raising awareness of the symptoms, and working towards earlier diagnosis and improved treatment, we can ensure even greater patient outcomes in the decade ahead.