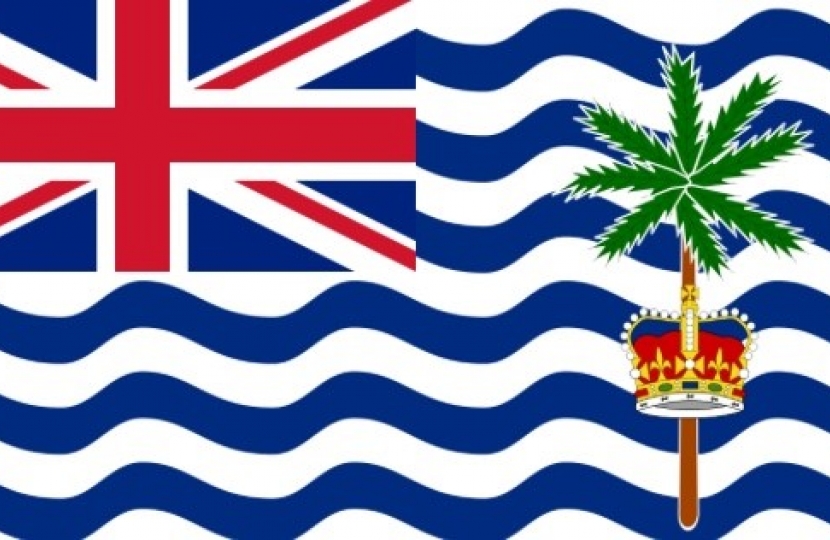 Crawley MP Henry Smith will introduce legislation in the House of Commons next week to allow individuals descended from the Chagos Islands to register as British citizens in recognition of the fact that their parents and grandparents were forcibly exiled from this UK Overseas Territory.

The British Indian Ocean Territory (Citizenship) Bill will be introduced in the House of Commons on Tuesday 16th January, no earlier than 12.30pm. The Crawley MP’s motion seeks to amend the British Nationality Act 1981 to ensure a measure of justice for those who lost their homeland, and all it represented, in the late 1960s.

“The Chagos islanders have been treated appallingly for half a century.

“This bill does not give special privileges to them but rather aims to reinstate citizenship rights that subsequent generations were prevented from acquiring as a result of their ancestors’ exile from the British Indian Ocean Territory.

“We owe this to these people. And while it will not turn back the hand of history and erase the many years of tragedy that Chagossians have suffered, it will, I hope, give some measure of fairness and enable the community to grow and prosper in years to come.”

Current legislation assumes only one generation will be born in exile. Many Chagossians born in exile have received British citizenship but their children have not.

Support for the Chagossian people goes across usual party political lines. Henry’s bill has the backing of MPs from six different political parties.

“As Vice Chair of the Chagos All-Party Parliamentary Group I’ve seen how this issue continues to cross traditional political boundaries and this Bill is supported by MPs from both sides of the Commons.

“In Crawley I represent perhaps the largest Chagossian community anywhere in the world but I’m grateful for support across the House on behalf of these Britons.

“The Chagossian people, of course, deserve the right to return to their homeland. While we can’t right the wrongs of the past, next week Parliament has the chance to take a step to recognise the hardship suffered by Chagossian people as a result of their treatment over the last 50 years.

“MPs can take action to ensure that anyone of Chagossian descent – defined as people who can prove that they have one family member in the ascending line born on what is the British Indian Ocean Territory – becomes eligible to register as a British citizen.”

The Bill is to be introduced in the House of Commons on Tuesday 16th January no earlier than 12.30pm; the precise timing is subject to business in the chamber which will not be confirmed until the morning of the day itself. Proceedings will be broadcast live on BBC Parliament and ParliamentLive.tv.