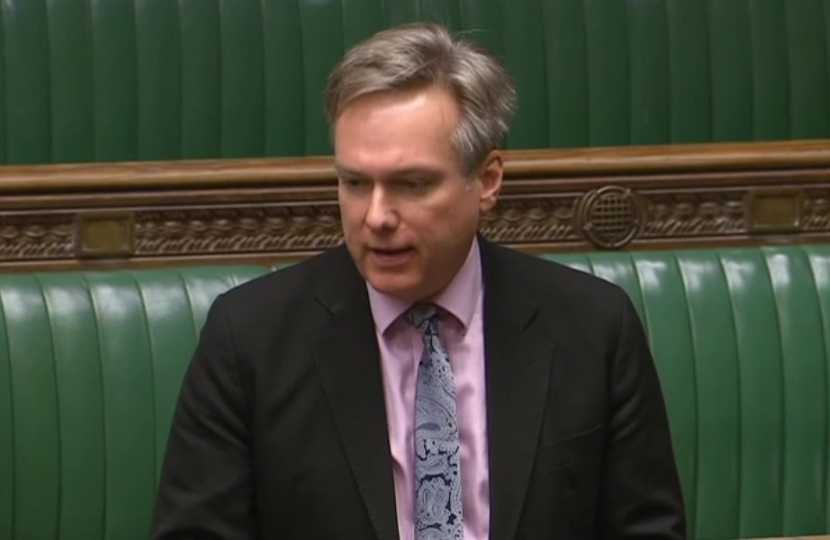 Crawley MP Henry Smith has welcomed confirmation from the Environment Secretary, Rt Hon Michael Gove MP, that the UK will introduce a ban on ivory sales.

The proposed ban will be the toughest in Europe and amongst the most stringent globally and will help to protect elephants for future generations.

“I welcome this Government’s action to address the fact that around 20,000 elephants are being slaughtered each year due to the global demand for ivory.

“It confirms that the British Government will make every effort to halt the decline in Africa’s elephant population in recent years. We need to leave our planet in a better state for the next generation, with stronger protections for animal welfare, but also cleaner air, greener spaces and tougher action on plastic waste.

“At the start of the year I questioned the Foreign Secretary in the House of Commons on the importance of national ivory bans and am pleased that the UK will introduce a ban on ivory sales to help protect elephants for future generations.”

The move follows a consultation which had more than 70,000 responses, with over 88 per cent in favour of the ban.

The UK has long been a global leader in the international fight against the illegal ivory trade. However, over the last decade, the number of elephants has declined by almost a third and around 20,000 a year are still being slaughtered due to the global demand for ivory.

As part of UK action to tackle the ivory trade, at a recent European Environment Council, the UK called for EU member states to ban commercial trade in raw ivory – which is already banned in the UK – within the EU as soon as possible.

“Ivory should never be seen as a commodity for financial gain or a status symbol, so we will introduce one of the world’s toughest bans on ivory sales to protect elephants for future generations.

“The ban on ivory sales we will bring into law will reaffirm the UK’s global leadership on this critical issue, demonstrating our belief that the abhorrent ivory trade should become a thing of the past.”

“We are delighted that the Government has listened to our concerns and given the overwhelming public response to their consultation is now moving decisively to introduce tough legislation to ban the trade in ivory in the UK.

“The narrowly defined exemptions are pragmatic. The ban will ensure there is no value for modern day ivory and the tusks of recently poached elephants cannot enter the UK market. We welcome the fact that Ministers are sending such a clear message to the world that the illegal wildlife trade will not be tolerated and every effort will be made to halt the shocking decline in Africa’s elephant population in recent years.”

The exemptions to the proposals have been tightened since the Government published its proposals for consultation, but still provide balance to ensure people are not unfairly impacted. By covering ivory items of all ages and adopting these narrow exemptions, the UK’s ban will be one of the toughest in the world: