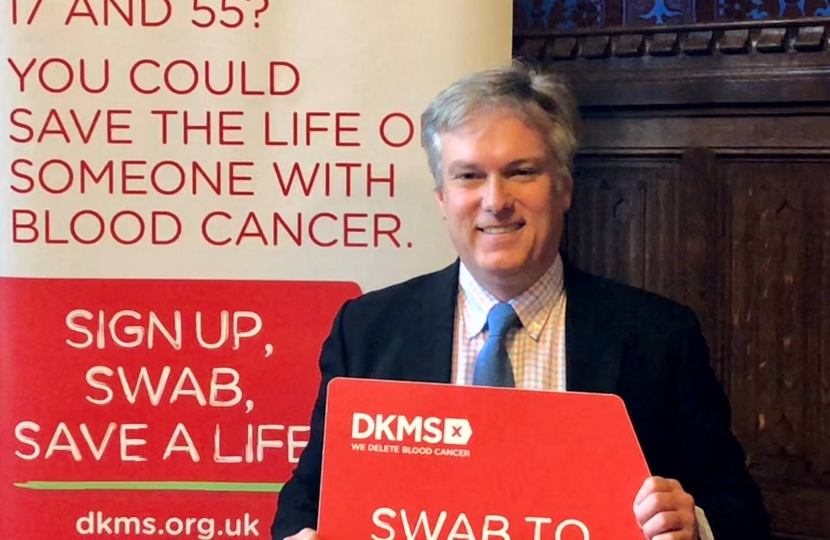 A Budget for hard-working people in Crawley

On Monday (29th October) I welcomed the Chancellor’s Budget, which includes a real terms increase in investment for public services, cuts to income tax, backing for the high street and support with the cost of living.

An extra £420 million to fix potholes over the coming cold and wet months ahead is forward planning I hope Crawley motorists will welcome.

At Prime Minister’s Questions I asked Theresa May about the return of further health services to Crawley.

Health services continue to return locally, but more needs to be done to put right the decisions taken over a decade ago.

The Prime Minister has already confirmed that by 2023-24, the NHS England budget will increase by £20.5 billion a year in real terms compared with today; a real terms increase of £394 million a week more.

More details of future NHS investment will be outlined at the launch of the NHS Plan, which is why I have been calling on ministers to ensure the return of local services is at the heart of these proposals.

Protecting the protectors: The Assaults on Emergency Workers (Offences) Bill received royal assent last month; officially becoming law after being approved by both Houses of Parliament.

Going forward, the Justice Secretary is also bringing through numerous measures to protect prison officers, including the roll-out of body-worn cameras as well as ‘police-style’ handcuffs and restraints.

Standing up for rail passengers: Given recent disruption endured by Crawley rail commuters I welcome confirmation that the Department for Transport have commissioned a comprehensive Rail Review which will consider recommendations for reform to ensure the system benefits passengers and plays its part in supporting a stronger economy.

It is of course the case that improvements are needed now. To this end I look forward to making continued representations with Government, rail operator management and trade union leaders at the All-Party Parliamentary Group on Southern Rail; a platform for south east MPs to pursue concerns directly.

Supporting workers in Crawley's thriving service industry: The Prime Minister’s recent announcement of plans to stop employers making deductions from workers’ tips will make a difference to many in our town.

When leaving a tip after good service at a restaurant, we expect that all the extra money will go to those who provided that good experience. The reality is sometimes different, with some restaurant chains taking up to 10 per cent of staff tips.

Proposals in this area will see a pay boost for workers and provide a more honest arrangement for the consumers who leave tips.

This is an issue highlighted earlier in the year by Unite the Union, who previously condemned the last Labour government over its lack of action on the subject.

Later this year the NHS Ten Year Plan will be published. One key pledge is for enhanced access to mental health services, to help achieve the Government’s goal of equality of treatment.

At this week’s Budget the Chancellor confirmed there will be more mental health ambulances, increased community support, and comprehensive support at every major A&E by 2024.

The importance of early cancer diagnosis: Almost all of us have been affected by cancer in some way; if not diagnosed ourselves it is most likely we will know someone who has been.

Far too often, cancer is caught too late when the disease has progressed and when treatments are less effective. The key to rectifying this is early diagnosis. This month the Prime Minister announced a new cancer strategy, with the aim of detecting three quarters of cancers in the early stages, compared to around half today.

These measures will lead to over 55,000 more people annually living for at least five years after a cancer diagnosis.

Care Leaver Covenant: A vital aim of government is to ensure the best possible start in life for all, regardless of background or circumstance.

The new Care Leaver Covenant has the support of more than 50 businesses, charities as well as every government department, all of whom are committed to providing work-based opportunities to young people leaving the care system.

40 per cent of care leavers aged 19 to 21 are not in education, employment or training, in stark contrast to the 13 per cent of this age group overall.

Such disparity cannot continue. The Covenant will assist young people leaving care to access the opportunities and fulfil their ambitions. Work placements and internships will be available with government departments, big businesses, professional football clubs, theatres and museums, in addition to training workshops or life-skills coaching.

Education Secretary visit to Crawley: I was pleased to welcome the Secretary of State for Education on a tour of the Gatwick School. He and I were very impressed by the engaging children and staff.

I also used the opportunity of his visit to call for further for greater funding support for local schools.

Alongside West Sussex MP colleagues I lobbied successfully for a new National Funding Formula (NFF) and an extra £28 million announced for schools in our county goes some way to make funding fairer, with Crawley getting on average an additional 10 per cent.

However, as a former Chair of the West Sussex Learning Disability Forum and current Vice-President of the British Dyslexia Association, I particularly want to see more special educational needs provision.

Currently, only six out of 10 blood cancer patients in the UK find an unrelated matching blood stem cell donor. This is why I support DKMS in the fight against blood cancer and would urge others in Crawley who are eligible to do the same.

Support for pubs has been forthcoming in recent years. In contrast to the beer duty escalator which came in when Gordon Brown was Prime Minister, this Government has given backing through business rates discounts and the freeze on duty on beer, wine, cider and spirits. This all helps, but there is more to do.

This week the Chancellor confirmed a freeze on beer, cider and spirits duty for another year, supporting patrons of the Great British pub and saving people 2 pence on a pint of beer and 30 pence on a bottle of Scotch or gin.

Winter social care funding boost: Welcomed a Government announcement on additional funding for local authorities in England to ease pressures on social care over winter, including more than £3.3 million for West Sussex.